California shutters are quickly becoming one of the hottest trends in interior design. Find out which of the many California shutter styles would best suit the shape of your windows or doors as well as the style of your room. Our top pick is to use shutters on your smaller basement windows to make them appear much larger and brighter than they actually are. Read on to discover how. If you have further questions about the advantages of installing shutters, contact Graham’s & Son Interiors. We’ll come right to your home, free of charge, and do a consultation and if you want, a quote right on the spot. 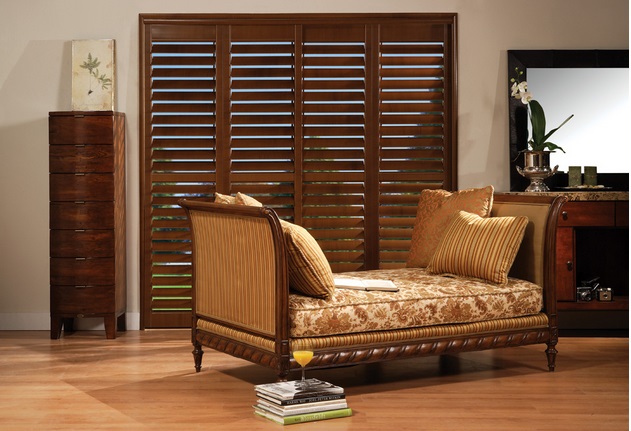 “We recently had California shutters installed in our bow window in the living room and a roller blind in our dining room. In both instances, Matthew was wonderful with suggestions and ideas. The installations were great and the results outstanding. We can’t say enough about the staff at Graham’s and Son Interiors and the final result was beyond expectations. We look forward to working with them again in the spring for flooring. Thank you!”
– Susan Ashley
Read More Testimonials

There are many different California shutter styles to choose from. Whether you are wanting to highlight the glory of a larger window or you want to help a smaller one appear larger, shutters are a wonderful option. You can find one to suit any window or door that you want. The following are a selection of different shutter styles, but just let them be your inspiration and then let your imagination run wild. With custom-built California shutters, the possibilities are endless. Unsure about what California shutters are? This is a great article to bring you up to speed: California Shutters vs Plantation Shutters Ultimate Guide.

Half shutters are simply shutters that only cover half of your window, usually the bottom half. The beauty of half shutters is that you can achieve all of the privacy that you require by closing them while leaving the upper portion of the window open to allow full sunlight to shine in. They also work really well when you pair them with another window treatment, such as a full-length rich drapery, shown in the first picture above taken from  Pinterest which was originally pinned from The Inspired Room. Or if you prefer, pair it with a stylish Roman shade as in the second example taken from Pinterest and originally coming from HauteLook.

Tier-on-tier shutters are shutters that instead of being one long piece, are two or more separate pieces stacked on top of each other. This style gives you multiple design variations. They allow you to the option to fully close your windows for full privacy and darkness or fully open them to let as much light in as possible. Close only the bottom ones for partial privacy and light control or close the top and open the bottom for extra air flow. The shutters in the first example above from Pinterest which came from NoFrance.info swing fully open to the sides while those in the second example from Pinterest which came from Interior2012.com, are hinged in the center and fold together to the side.

If you have a really long window, then you can go for three separate tiers for even more design combinations. The example above is also paired with beautiful full-length draperies to further accent the wondrous length of the windows. We found this example on Pinterest and it originally was pinned from Country Living.com.

Don’t worry if you have an unusually shaped window to cover. California shutters can accommodate almost any shape. The smaller arched kitchen window, which we found on Pinterest from San Antonio Shutters, really pops with the addition of a crisp white shutter, custom-made to fit perfectly. The enormous picture window in the second photo was beautifully dressed by Maxxmar Window Fashions.

Patio doors can sometimes be an eyesore, especially if they are left undressed. Turn that eyesore into a visual masterpiece by installing shutters. The first example, found on Pinterest from Shade Planet, features sliding shutter panels that easily glide along your floor to fully open. The second example are San Marco Vinyl Shutters by Maxxmar. They show how effective shutters can look when you decide to be daring and stray away from the standard “white” of traditional shutters and choose a rich earthy yellow shade. Unlike the first example, these shutters are hinged in the center and fold to the side to open.

One of the biggest complaints about basement windows is that they are too small. Adding shutters that extend below the actual window can go a long way in creating the illusion of extra length. In the first example, which we found on Pinterest from AVS Forum, the shutters are strategically placed below the actual window and a clever light is hidden behind them to give the appearance of an actual window behind. In the second picture, which we found on Pinterest from Designing Home, shutters that are longer than the original window are installed to give a feeling of extra length.

If you ever wondered how shutters get installed, take a look at the following fast action video.

If you have been inspired by some of the beautiful California shutter styles from this post and would like to update your current window treatments, we’d love to help. Graham’s & Son has been in the interior design business in the Cambridge region for more than 40 years. We are locally owned and operated and are thankful for our loyal clientele who readily recommend us to their friends and family members. For advice about how shutters could increase the value of your home and its style, contact the design experts at Graham’s & Son. We will come to your home and do a free, in-home consultation. We will also provide you with a quote during our first visit with you. And right now is the perfect time to purchase. Buy any two shutters, blinds or shades and receive a third absolutely free!