Let’s face it, at some point or another, blinds can break or become severely tangled. Graham’s and Son has been there, too. So let’s take a look at how to fix blinds: 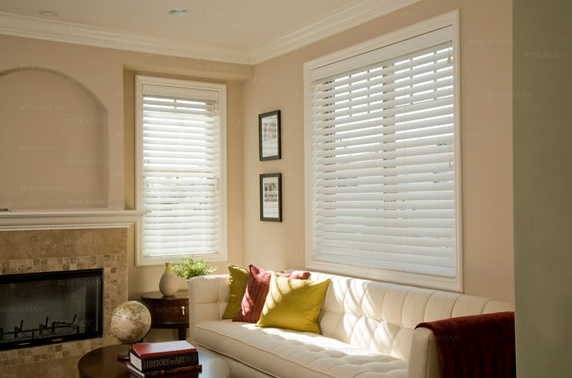 How To Fix Blinds

Fixing broken or bent slats are actually easier than you might think. If you live in a condo and need to keep up appearances, chances are you don’t need to spend a lot of money to replace the blinds. Instead, you can save money by buying one set of blinds so you have new replacement slats. So, if you have three windows and they each have a set of blinds with a couple of broken or wonky slats, you can buy one set of blinds to replace multiple slats for various window treatments throughout your home.

Note: Keep blinds up while working on this fix as it is much easier than if you were to remove them! Nothing will be removed from the top of your blinds unless it is the top slat.

1. Using a flat-head screwdriver or butter knife, remove the caps at the base of your blinds so that you can remove the center strings that attach the slats in place to the frame. These strings can be seen running vertically through the center of the slats. There will be at least 2 of these strings. Undo the knots keeping the center strings in place to the base of the frame so that you can slide out individual slats. You may want a pair of needle-nose pliers to help you undo them.

2. Remove the broken slats, leaving the other slats in place. The center strings will be loose (but still attached to the top of the frame) so that you can do this.

3. Using the new set of blinds, do the same thing as you did in step one so that you can remove the necessary number of slats to replace the broken ones.

4. Slide the new slats in place. Then re-thread the center strings through each position along the slat switching sides every other slat or every 3 slats so that they will not slide and shift later.

5. Once you are finished stringing the slats in place, make sure to pull the string through the base and secure the knots at the bottom. Replace any caps that you removed at the base of the frame, too. Secure the other set of blinds you took the new slats from as well.

Here is a video from a DIY mother and daughter who learned how to fix blinds. Keep in mind that if the damage is too extensive or you don’t have the patience to DIY, contact Graham’s for help.

Replacing individual slats is possible if you are willing to spend a bit of time.

This task can be frustrating, so try to be patient.

1. Lower your blinds as much as possible so you can have access to the strings.

2. Try to untangle the rope with your hands. If untangling is not possible, then you may need to cut and replace the rope. Just remember to save any tassels so that you can reattach them to the new cord.

To prevent tangled ropes, you can try cord wraps or cord winders. This keeps dangling cords out of reach and in place so they can’t get tangled so easily. Interestingly enough, long cords are banned and only short cords are used in today’s blinds so that children and pets are protected from accidental strangulation.

If your attempt at untangling cords is unsuccessful or you have frayed or broken cords that need replacing, you can actually replace cords. The video in the next section will show you how you can do that. Or, you can contact someone from Graham’s to help you fix the problem without the fuss. 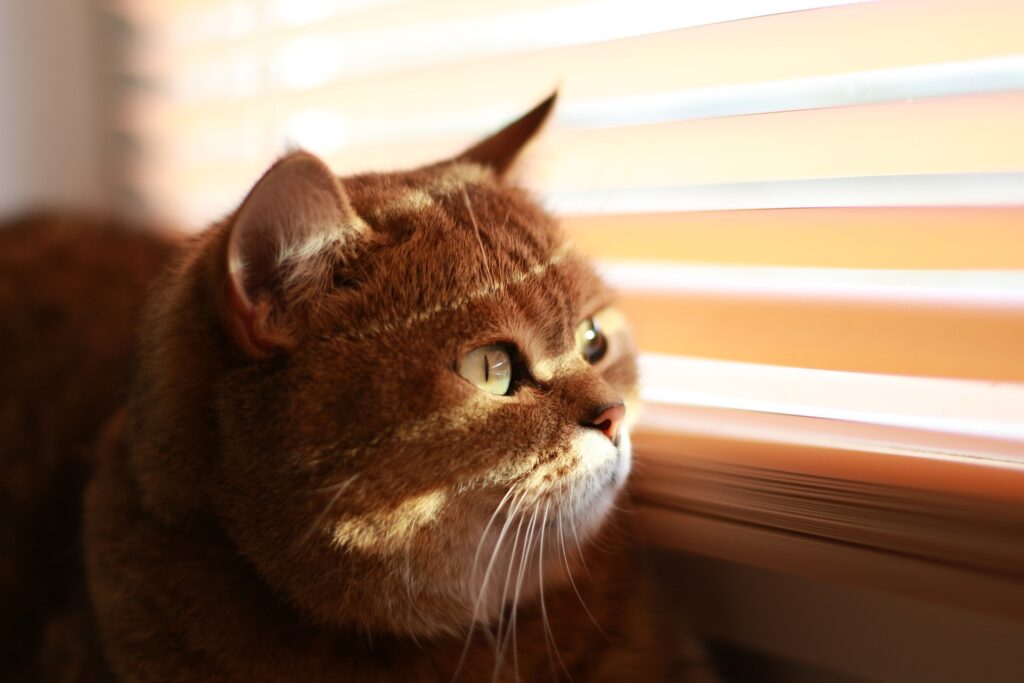 Pets are often the culprits of your blinds' tangled cords!

This is the trickiest and most complicated fix. If you find this is just too frustrating – as some videos out there will attest to, you may want to contact Graham’s and Son for help! Nevertheless, for the brave ones out there, here are some instructions for DIY fixes.

Note: just like in the previous set of instructions, it is easier to replace the frayed cord while the blinds are still up.

1. Remove and set aside the valence.

2. Measure the amount of cord you will need. The formula for this amount is 2x the length of your blind + the width.

3. With a butter knife or flat head screwdriver, remove the cap at the bottom of the frame of the blind and find the center string. Cut the cord above the knot and fuse the new string to the bottom of this old string with a lighter. Watch the video to see how this is done and be careful not to burn yourself!

4. Pull the string through until it is replaced and then cut it. Next, string it through the bottom of the frame and replace the cap.

5. For the best results, watch the video at the end of section III or ask a professional for help.

1. Taking the new cord, rethread them down through the slats

2. Feed the cords through the ladder strings, switching sides every other slat or every 3 slats so that they will not slide and shift later.

3. Bring the cord through the bottom frame and tie a knot.

4. Now remove the blinds and put them on a flat surface for working.

5. Working in the headrail, feed the strings through the cord guide at the bottom working it through until it goes down and out of the cord lock. Watch the video to see exactly how the cord goes between the roller and the latch.

6. You can then reattach the blinds, any caps that you removed, as well as replace the tassels and valence. Also, remember to keep cords short.

For the best results, watch the video below or contact a professional.

Replacing cords on your blinds is one of the trickier DIY fixes. Watch the video or speak with someone at Graham's for help.

IV. Fixing Cordless Blinds That Won't Go Up or Down Properly

Cordless Blinds that Won't Go Up

Take a breath – this is one of the easier fixes! Sometimes your cordless blinds won’t go up all the way. If so, pull the shades down as far as they can. Pull them out towards you at a 45-degree angle and pull it down a couple of times – not too forcefully, until the blinds can be raised up again.

Cordless Blinds that Won't Go Down

On the other hand, your cordless blinds may not go down all the way or stay down all the way. If this is the case, open the blinds as much as you can. Place one hand on the back and one on the front and press them together along the blind from top to bottom to stretch out the internal strings. This should do the trick – watch the video to see our friend from the previous video show you how it’s done.

Graham's Is Here For You

If any of these DIY tricks don’t fix the problem with your corded or cordless blinds, or you just don’t have the time to learn how to fix blinds yourself, contact Graham’s. With decades of experience, Graham’s can come directly to your home to see how they can help. Also, if you decide you want new blinds, they can give you advice on what’s best, what’s trending, and they can even tell you about automated blinds (which could be another solution to your frustration)

There are plenty of options with Graham’s – have a look at some of our other blog posts on blinds:

Trust Graham’s and Son Interiors to get your blinds fixed or replaced.

"We had wooden blinds installed in every window, together with an automatic awning when we first moved into our house nearly 7 years ago. Graham's & Sons provided excellent guidance and the installation was prompt and friendly. Recently we had an issue with one of the blinds not opening properly. A representative came to our house and resolved the issue to our complete satisfaction AND at no charge. I highly recommend Graham's & Sons to anyone looking for professional and friendly service."
- Gerry Colquhoun
"Graham's Interiors recently installed approximately 24 blinds at our new office location . The blinds work great with the features exactly as described. The quality exceeded our expectations and the recommendation of Wayne was perfect. Their years of experience and knowledge really showed on this installation. Great job!! Thanks again!!"
- Edward Smith